Refined vs Unrefined Coconut Oil: Which is Better?

What is Refined Coconut Oil?

Refined coconut oil is made from copra, which are dried coconut kernels. The kernels are exposed to high heat and then processed with either chemical solvents or steam to extract the oil. This process removes any impurities and gives the oil a longer shelf life. It also produces an odorless, colorless oil with a neutral flavor.

Refined coconut oil has a higher smoke point than unrefined coconut oil, which means it can be used for cooking at higher temperatures without burning. It also contains fewer impurities and may be better suited for those looking to avoid any allergic reactions.

Degumming is the first step in the process of refining coconut oil. This step removes impurities such as phospholipids and proteins from the oil. This helps improve the oil’s quality and extend its shelf life. Degumming is typically done with the addition of chemicals such as sodium hydroxide or magnesium oxide. The oil is then heated and allowed to cool, which helps to separate the impurities from the oil. After degumming, the oil is ready for further processing.

Neutralization is the second step in the refining process. This step removes free fatty acids and phospholipids from the oil through neutralization with acid or alkali. This helps to improve the flavor and odor of the oil.

Bleaching is a common practice during coconut oil refining. This process removes unwanted color from the oil, resulting in a more aesthetically pleasing product. Bleaching typically uses chemicals like chlorine to remove impurities. After the bleaching process is complete, the oil is then filtered and bottled for consumption.

The fourth and final step in refining coconut oil is winterization. This step removes unwanted compounds, such as waxes, from the oil. This helps improve the oil’s quality and extend its shelf life. Winterization is typically done by cooling the oil and then filtering it through a pressurized filter. After winterization, The refining process is now complete, and coconut can be used in a variety of applications, including cooking, cosmetics, and pharmaceuticals.”

What is Unrefined Coconut Oil?

Unrefined coconut oil, also known as virgin or extra virgin coconut oil, is made by pressing fresh coconut meat. This process retains the flavor and aroma of coconut and produces a slightly yellowish oil. It has a lower smoke point than refined coconut oil, so it should be used for low-temperature cooking.

Unrefined coconut oil contains more antioxidants and other micronutrients than its refined counterpart. This makes it a great source of nutrition and can provide you with many health benefits. It also has a rich coconut flavor that can be used to add some extra sweetness to sauces and desserts.

Wet milling is the traditional method of extracting coconut oil. It involves pressing fresh coconuts to extract the milk and then separating the oil from the milk using either fermentation or a mechanical centrifuge. This type of oil retains its natural flavor and nutrients, making it a healthier cooking option.

Dry milling is a more modern method of producing unrefined coconut oil. It involves drying the fresh coconut meat and then pressing it to extract the oil. This process requires less energy than wet milling but does not retain some of the valuable nutrients in fresh coconuts. It also has a lower smoke point than wet-milled coconut oil, so it is best used for low-temperature cooking.

Which One is Better?

Sign Up To Get Your Free Traditional vs Functional Baking Ebook 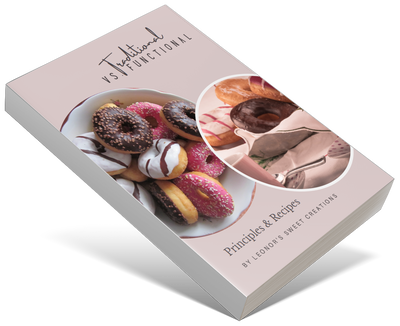